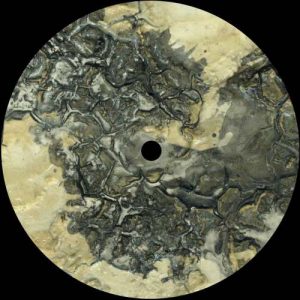 With “Frozen State EP”, Morphology has saved the best for last in 2016. After appearing on recent Vortex Traks mini compilation, the duo’s first solo effort on the label affirms that Michael Diekmann and Matti Turunen still have plenty of gas left in tank at the end of the year that has brought to us their brilliant tunes for Central Processing Unit, Abstract Forms and other outlets.

In the new four-tracker, Morphology is soundtracking the struggle in sub-zero temperatures with crisp, mechanical electro that is soaked with acid bits of varied intensity. Straight from the opener “Frozen State” caustic dust is sprayed over bold 808 beats and glacial pads, before a massive break at mid-track turns the crowd wild in a hardware showdown that reminds of vintage Anthony Rother. It feels like a perfect tune for those who already in early years understood that “Radio Ga Ga”, more precisely the Jupiter-8 bassline, was the highlight in Queen’s career.

Offbeat intro sends “Polar Wander” to atmospheric explorations driven by bass and swinging 303, and in the B-side opener “Linear Fractures” Roland’s acid machine turns nasty before being encircled by waves of sentimental keys. For the end, “Europa” is pensive piece of interstellar observations, vaguely matching the crudity of previous tracks.

In “Frozen State EP”, both electro’s force and soul are coupled and the release fits well the repertoire of Vortex Traks, a label that has brought out ‘only’ four records after the launch about a year ago, clearly believing that quality should preside over quantity.