T99’s “Anasthasia” was one of tracks played when Deka & Free, a two-man operation of tape-jockeys, debuted on March 31, 1992 in the club of the University of Tartu, Estonia. I was ‘Deka’, not Terminal 313 yet, and with Free our mission was to introduce new sounds to the crowd in the student club basement, to offer something different from the chartbreakers and oldies mostly played at the venue.

‘Techno’ was the keyword but our understanding about the thing was quite vague, as we hadn’t heard even anything about Cybotron, Juan Atkins or Phuture yet. In this respect, the present day feels much better. As you can see from a survived written document, although Orbital and Kraftwerk were present in my playlist, it was a very eclectic selection of music that was considered ‘modern’: industrial (Front 242, Nitzer Ebb), rap (Public Enemy, A Tribe Called Quest), indie (The Cure, The Farm) and some pop tunes. And I’m afraid the opening track came from 2 Unlimited.

Totally missing were any of PCP tracks that were on heavy rotation at Deka & Free parties from the end of 1992, after Free had introduced “Frankfurt Trax Vol.3” to me and we both became totally obsessed about hardcore sound.

Here’s my playlist with some artist and track names misspelled (for a few I even didn’t know who or what they were) and you can find references to tape manufacturers, for retrieving tracks from the ‘crate’. 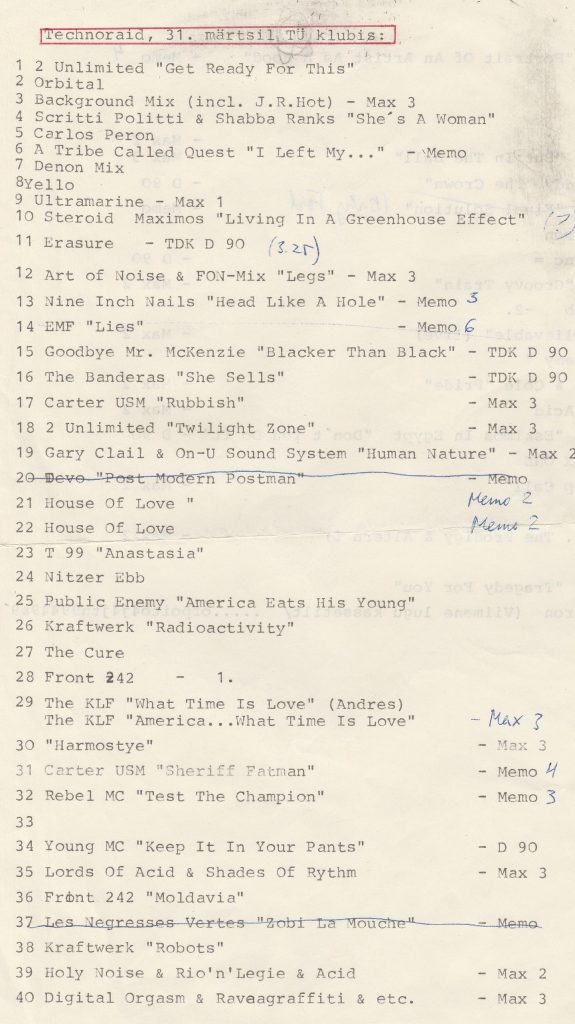 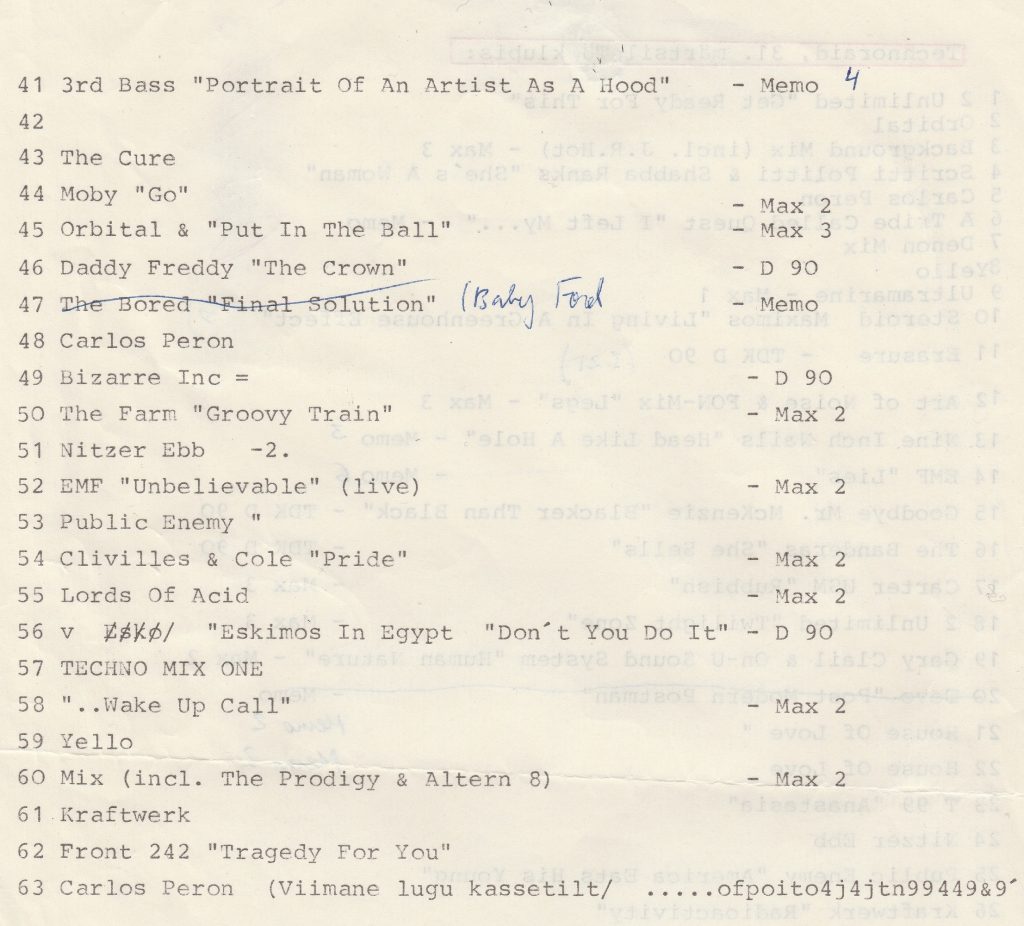 On March 31, 2017 Terminal 313 was playing at the party & podcast series Kurikarjas.live along with Erkki Tero and JFL.