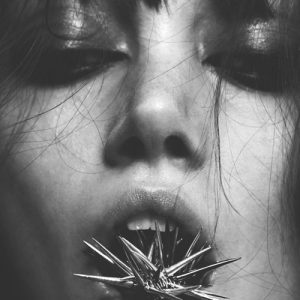 In this decade, Yuji Kondo has been one of Japanese techno illuminates, operating either under his own name, as Ducerey Ada Nexino or taking part in various collaborations, including Steven Porter – Kondo’s project with fellow countryman Katsunori Sawa, and not an actual person as I thought a while ago. To the present day we had to wait for Kondo’s first album that has now appeared on his and Sawa’s imprint 10 Label.

Kondo’s LP is crafted with skill and intuition for sounds that are feeding the imagination. Entire album is placed under the veil of surrealism with only a few 4/4 tracks.

Along with the opening bewitched stepper “Vanishing Curvatures”, several cuts are piloting in the experimental spheres. Abstract crackles and noisephonic undercurrents bring forth “Juniper Fox” while dubby “Feigning Death” is floating towards the eternity. Downtempo abstraction “Human Chord” mingles with processed vocals of a stranger and one can perceive lost souls in “Suicide Ocean’s” arrhythmic chaos.

However, some pieces are meant for the floor conquest too: “Linger” and “Armour To Paper” are exposed to the shower of electric impulses, surrounded by ever-present surface noise and “Hacking Infinity” is Adam X and Orphx reminiscent intruder.