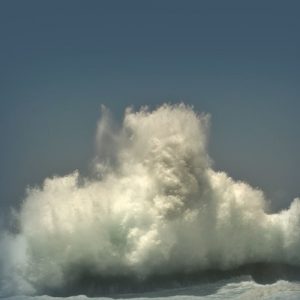 Neo trance missile from the Ancient Methods base

One would expect another dose of industrial pounding on Persephonic Sirens, a label set up by Ancient Methods, but after being treated with EBM harshness from Sharplines / Nathaniel, now another newcomer Aoud turns a new page for the label. The release gets a marvellous start when contagious arpeggios hit in the euphoric and powerful neo trance track “SE MKII”. Just imagine off-piste racing in the high mountains, inhaling chilly air under the fluffy kind of clouds. The B-side sticks to abundant offering of booming bass and ballooning synths, however lagging behind the introductory power hit. “I (One)” is a monotonous stomper, while Hawtin-esque helicopter loop drives coarse synth lines in decent “Surd”, with ocean liner horns craving attention.

Like in the previous release, Persephonic Sirens is drinking from Bandcamp’s endless reservoirs, appreciating Aoud – allegedly an US artist – with a physical release, after the title track “SE MKII” came out before on the digital imprint The Revera Corporation from Miami.