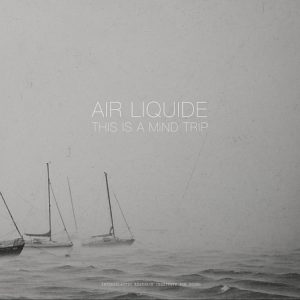 A techno flagship breaking the silence

It was a mid-nineties trip to London when I picked up both parts of Air Liquide’s “Abuse Your Illusions” and since then these two slabs of vinyl have belonged to the ‘gems section’ of my collection. In my eyes, the group immediately obtained a quality seal because of its members, Cem Oral aka Jammin’ Unit and Ingmar Koch aka Dr Walker. In the last decade of the 20th century, both of them were core members of the acid techno brotherhood operating on the labels like DJ.Ungle Fever, Structure, Temple Records NYC. Under various guises, Jammin’ Unit and Dr Walker made also frequent appearances on Force Inc.’s educative “Rauschen” compilations.

With dozens of releases since 1992, Air Liquide has been a landmark collective in the electronic music and now they are breaking the silence that had lasted since 2004. The new EP is issued on Intergalactic Research Institute For Sound, a rather young label from Berlin – by the way strongly affiliated with the artists from techno’s new promised land Georgia.

In 1994, Air Liquide performed “This Is Not A Mind Trip” at the Love Parade and on the foundations of this classic they have created an alternative, even experimental edition where ‘not’ is dropped from the title. The overhauled version is a nine-minute exposure to a magnetic field, which is amplified by suggestive narration of the American poet Mary S. Applegate, an early collaborator of the group (“If There Was No Gravity”) and once co-writer of Jennifer Rush’s “Power Of Love”. At the mid-track, sluggish live drums and crash cymbals are adding rock factor to this peculiar interpretation of ambient.

The B-side starts as restrained, when “Die singende Säge” is digging even deeper with minimalist hum and delicately caustic bass line. By creating an empty cave atmosphere with ice-cold water drops falling from the stalactites, the track reminds of Mika Vainio’s explorations. A tranquil trip so far, the EP culminates in a rave sanctuary called “Zeitgeber 3”, a genuine old school power showcase in an unventilated engine room. Reminding of Air Liquide’s “Der Läufer”, the monotone, brain-eating 303 swirl and ghostly murmurs are the tools for putting the floor into hypnosis.