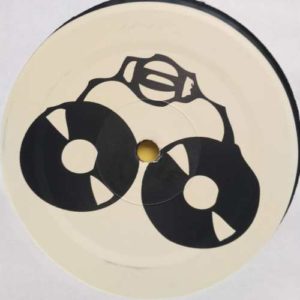 The two-tracker by Cloak was hiding in my collection’s so-called back row – an incidental purchase years ago that I had almost forgotten. The black vinyl in a paper sleeve is credited to Alex Rodriguez who recorded the tracks for Backdoor Records. It was a short-lived label that operated out of Hallandale, Florida a while ago and completed only a couple releases on electro theme. Still the environment in the area may have been stimulating, even when the popularity of Miami bass had peaked well before 2006, the year when the single came out.

A few clichés can’t be avoided, but it’s still a rare and interesting outing from the Florida based artist. Cloak’s harsh and driving cuts are sounding like an amalgamation of US and German school of electro, for example the style pursued by the label Dominance Electricity nowadays. Oriental percussion opens “United Drumz 2K5”, which is a rolling bass bout with ghastly robo speak both of female and male origin. A good fare, except for the last minute that sounds somehow stuck. A grimier appearance is made with “Kaotiq Psyence”, a nine-minute giant in the heels of “Innovator” and the US West Coast electro, with an electrified synth line, smoking breaks and malign processed voices.