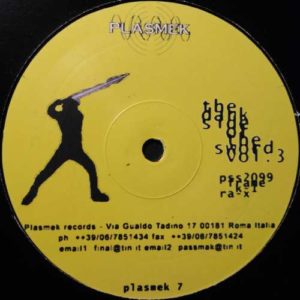 The second part of the story can be found here.

When browsing my collection for the annual review 1998, I was surprised how much everything felt like 2018. Of over 60 releases in my shelves, a large number is filed under electro, which tallies the genre’s revival we are experiencing now. Since its inception, electro has actually never gone away, but it keeps coming back at certain intervals.

For me, Underground Resistance’s “Electronic Warfare” and Drexciya’s releases around the year 1995 had revealed electro’s full meaning and strength and under the guidance of Aivar Tõnso (Hüpnosaurus) I learned a thing about Direct Beat, Electrofunk, Infocalypse and other labels not many were talking about these days.

At first sight, electronic music in 1998 looked less attractive than in preceding years when Detroit and Chicago imprints delivered divine tracks and European techno scene was dishing out loud tools. Speaking of the latter, techno outposts like Tresor, Downwards, Sativae or Kanzleramt went on with a busy and banging schedule, but by 1998, some changes were felt and heard. Underground Resistance held a sabbatical, Chicago’s Relief Records had reached its artistic peak and after initial brilliance, Jeff Mills’ labels Axis and Purpose Maker did sound less exciting. And electroclash mania was starting in Europe, when DJ Hell’s Gigolo dropped “Frank Sinatra”, a megahit by Miss Kittin and The Hacker.

When leaving aside ‘clash’ and focusing on ‘electro’ instead, there are many fond memories of the year 1998 that offered plenty of tracks from both sides of the Atlantic and in different genres. Oddly enough – as if two decades hadn’t passed -, many artists listed below have remained in the business or making comebacks after a longer break. Look at the names and find it out yourself, where they are now.

Anthony Rother – Dude On The Street (Elektrolux)
At the end of decade, the producer from Frankfurt am Main played a key role in electro’s resurgence in the European mainland. Rother’s tale started already in 1997 with the dystopian anthem “Sex With The Machines” and in the next year, “Redlight District” hit the bull’s eye too, with all four tracks being total class. In addition, he launched own imprint Psi49net with a rework of “Trans Europa Express”.

Bass Kittens – Do You Feel It (Spinyl Records)
I remember Jon Drukman’s broken beats project Bass Kittens from releases on Oxygen Music Works, but it appeared also on Spinyl Records. The 1998 EP “One Leaf At A Time” impressed with this acidic electro cut.

Bobby Forester – West Side Girls (Plumphouse)
In 1998, Jori Hulkkonen belonged to main stars of French imprint F Communications and was the strongest Finnish techno and house export outside the Sähkö zone. Under Bobby Forester moniker, he recorded two EPs for the Swedish label Plumphouse.

Corrado Izzo – The Golden Age [Additional Work And Production By Marco Passarani] (Gadgets)
In the 1990s, Corrado Izzo ran a handful of labels and was active in writing tracks too. In 1998, his EP “Golden Age” received impressive remix treatment from Sandbenders Maischein, Anthony Rother and Marco Passarani. The Italian’s hectic rework is still an undisputable party booster.

Freestyle Man featuring Irwin Berg – Cyberchrist (Sähkö Recordings)
Lo-fi electro on the legendary Sähkö, where in the same year, Mika Vainio’s Philus project returned with an EP and an album. Needless to say, the Finnish cult label has belonged to the highlights throughout the nineties and later.

I-F – The Men Who Won’t Come Back (Quest Part 2) (Clone)
The year before, everybody had been freaking out to I-F’s “Space Invaders Are Smoking Grass” and in 1998 the Dutch artist released “Fucking Consumer”, a seminal disco-infected electro album. Still this tale about a doomed space crew is my all-time favourite in I-F’s repertoire.

K-1 – Lost In Space (Plasmek)
Label compilation “Techno Bass: The Mission” or Aux 88’s “Xeo-Genetic” would be an obvious choice from Direct Beat, an electro outpost from Detroit. But the label’s operating range went beyond the U.S., when the Italian label Plasmek issued a mini compilation, including a bouncing techno bass cut from Aux 88’s Keith Tucker.