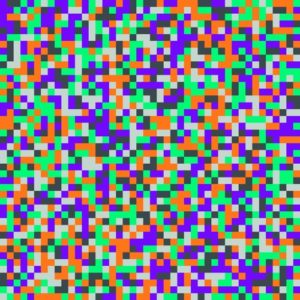 Rod Modell’s compositions as DeepChord on the self-titled label, appearances on Silentes or echospace[detroit] are landmarks of mysterious lush textures, not seldom with ambient notes in meditative dub techno. Modell’s new album is exactly the opposite of all that – fast-paced, thriving, abundant set of tracks for the floor.

When the introduction (“Triangulation”) still tends to go by the DeepChord book, “Reiki” opens a new chapter when breaking the 140 BPM barrier and paving the way for intense tracks “ITO” or “Tracer” that are sounding pretty similar to Basic Channel’s Cyrus project.

If “Riga” happens to refer to the Latvian capital, it’s a good tune for midsummer morning in the shores of the Daugava, while club sizzler “Jade” picks up the beats again. “Scrawler” is another precision strike with ample chords and fizzy surface noise, well matched by motoric dub of “Qurra”. The last piece “Air-Port” begins like an ambient outro before repulsive bass gets out of control and annihilates all hopes for a serene ending.

Modell is not the only dub techno champion who has been attracted by Tresor’s fluidum, if to think of Porter Ricks’ 2017 album “Anguilla Electrica” that broke the duo’s seemingly endless hiatus. Having released a few albums in recent years, Modell used not be as absent before “Captagon” but the album can be still seen as a re-entry to the main stage.