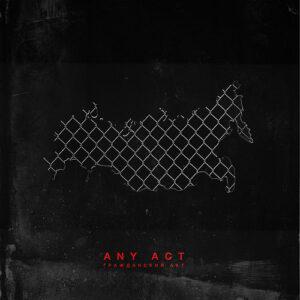 Seismic tremors from Russia, a manifest of civil society by the means of bass and breaks from a (so far) little-known but very ambitious kin of the acclaimed PRIVATE PERSONS posse. Hailing from Yaroslavl, Any Act advocates freedom of speech and the four-tracker is both a political statement and a proof of excellent sound writing.

“Grajdane” is built on sampled (law enforcement)  calls to end illegal gatherings and in combination with intrepid bass sequences a thrilling effect is guaranteed. In “Nesvoboda”, unknown poker face demands to go home and sing & dance there, which happens to the tune of distorted folk and guitar riffs. “Molitva” has glued Orthodox recital to luscious techno-baroque and “Brat” is packed with cult movie samples on broken beats, expressing love and admiration for the homeland.

Being thought-provoking and intense, “Гражданский Акт EP” would conquer the floors well beyond the long stretch between Kaliningrad and Vladivostok. Молодцы! 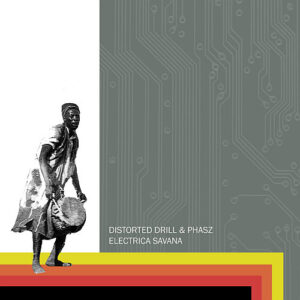 Walking past Bass Agenda’s assortment is increasingly difficult when the label from London is keeping it juicy and spicy by satisfying different tastes. Recent highlights include “Transhumanism 3”, a sampler of bounty hunter electro from Dutch artists, as well a surprising techno bomb, The Subdermic‘s digital EP of high-octane hoover rave.

The label has been predominantly running electro agenda and this is the basis for a collab project of Distorted Drill and Phasz with a blend of bass breaks and vocals by the boys from the hood. After tight caustic groove (“Acid Jungle”) with Bloodhound Gang-like lyrics, we go a level up for “Booyaka Booyaka” with fascinating Italian-Sardinian rapping over stripped down beats. It’s no shortage of native drums in “Didgeridoo Commander”, before encircled by wildlife in “Jungle Voices”.

Occasionally reminding of Snoop Dog and DJ Assault, less the booty vocals, the fresh project with a tongue-in-the-cheek attitude from Italy makes a very convincing appearance. 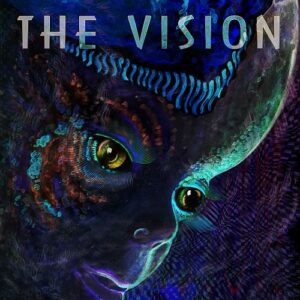 Techmarine Bottom Feeders is a newcomer but its members, Mack Goudy Jr. from Detroit Grand Pubahs and Luxus Varta are clearly not. Both are united under a ingenious project name that some may recall from a Killekill compilation a few years ago.

The “Vision EP” is coming close to a life-changing experience with a Lardossan funk tribute “We Cannot Help You”, both in original and The Exaltics remix being clearly on an underwater mission by the Drexciyan narrative. The original “The Vision” is a precision strike on the floor with acid house vibes, while The Advent & Zein convert it to a twilight-time brawl. 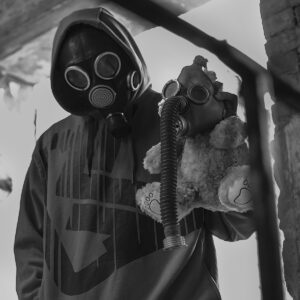 Blind Allies is a label from Latvia and in over two years it has built up a remarkable back catalogue. In “Reflection”, a bunch of electro villains are collectively cracking the code, the mission started by the US artist Francois Dillinger with a probe to “Privacy Settings”. With “Under Normal Conditions”, Latvian bass boss Igors Vorobjovs has conceived theme song for a fictional 1980s detective series and lent a vocoder to a Russian-speaking engineer examining the rules of “Energy Conversion Efficiency”. Snowy peaks and secret trails are appealing to fellow Latvian Docta Gee (“Himalayas”) and Dark Vektor (“Boy”) from Spain manoeuvres under shiny electro disco ball (“Boy”).

The next vinyl-only release on the label is expected early 2020 with tight tracks from the Slovenian mainstay Zeta Reticula.