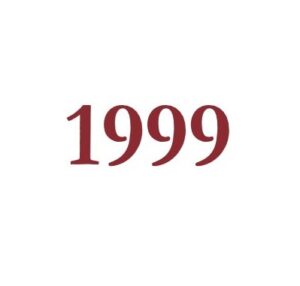 The last days of December 20 years ago were spent in great anticipation of the Millennium Bug. The darkest plots saw the future of the (wo)mankind endangered, if the computers would have flipped out. Luckily, hardly anything of these predictions materialised and doomsday scenarios were postponed. Which means that 20 years later we are still around and it allows me to look back to the 1999 section of my record collection. It’s another subjective end of the year list and not representative at all, also given the fact that Pan Sonic‘s album “A” is missing in my collection, which is otherwise well-stocked with Mika Vainio and Sähkö-related material. As well, DJ Rolando‘s “Knights Of The Jaguar” would have been an obvious inclusion and when speaking of the year’s remarkable tracks, a special mention goes to Richie Hawtin’s brilliant “Decks, EFX & 909”, a classic DJ mix that was in heavy rotation.

Daniel Bell – Beyond + Back (7th City)
It’s not only about “Losing Control”. Daniel Bell, an overlord of minimalist sound sculpting, appeared on a sampler of his own 7th City imprint.

Disco D – Subsonic Drive (Intuit-Solar)
“Comin’ From Tha D” was a three-record series on a Detroit label Intuit-Solar that was active before the arrival of the new millennium. The artist Disco D went on to produce for 50 Cent and other big players until his untimely passing in 2007.

Drexciya – Bottom Feeders (Tresor)
“Neptune’s Lair” is an album that despite of several represses is still very sought-after. This track is another masterpiece from Drexciya and might have been inspired an electro collab of our days.

Fangoria – Electricistas (Subterfuge Records)
Synth-pop tune of the year from the album “Una Temporada En El Infierno” by the Spanish duo that was formed in 1989. For the first time I heard it on a Sónar compilation.

Gary Martin – All Night Long Girlfriend (Teknotika Records)
Hardly any nineties list would be complete without the king of mambo funk. Teknotika’s timeless style is among the very best we have got from Detroit and in 1999 Gary Martin released the double pack “Basis”.

Huren – Hemothorak (Qube Records)
Dave Foster’s theme about jeep beats, from the only release of a Canadian label. More about the EP here.

Luke Slater – Let Eat All Vanbrook (NovaMute)
“Wireless” was a trending album in 1999 of electro, big beat and techno, from the UK producer with an immense footprint.

Monolake – Gobi (Monolake / Imbalance Computer Music)
One-track CD EP doesn’t sound like much value for the money but this release claims the opposite. For feeling nightly chill and daily heat in one of the remotest areas of the world.

Silicon – Translucent Future (VMAX Records)
A label for Lansing, Michigan and know for quirky techno and electro tracks, is still around these days, led by Heath Brunner. Silicon is his electro project.

Stewart Walker – Missing Winter (Force Inc. Music Works)
One of the best minimal producers released his debut album in 1999 and was omnipresent for a few years.