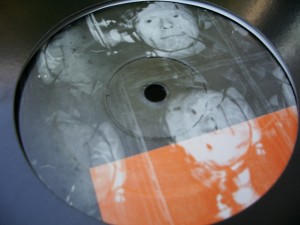 Go to google.de, type “Huren” and search for pictures. What you see might not be related to the real Huren or Dave Foster, a producer known for uncompromising attitude to the music. His greatest success came with the project Teste and the track “The Wipe” (Probe Records) that landed in many compilations and was reissued by Plus 8 some years ago.

In the beginning of 1990’s, with fellow Canadian Himadri, Foster produced sci-fi acid and stripped-down minimalist trips (see Perceptrons). Later he moved closer to sinister techno, becoming associated with ultra-tech label Zhark and doing a highly pressurized techno album with Kareem, in addition to the EPs.

“Istropolitana EP” came out in Canada in 1999 and is a real off-road experience for guys peeking through muddy windshield and having gasoline flowing in their veins. Indeed, “Post Modern Jeep Beats” as the label says. “Zeugung” is built on one pumping loop and heavily breathing synths that prepare for the peak moment delivered by “Hemothorak”. The darkest dreams of techno heads come true when sighing and clinking machines are mixed with echoes and steel-coated vocal samples. The last minute tests the limits.

Less exhaust fumes on the B-side that starts with “Klubokhan”, where tech-house textures and acid stabs remind of Fred Giannelli’s output as The Kooky Scientist. “Scream Box” concludes the record with jacking techno workout and occasional dimmed vox.

Huren’s EP would qualify to techno charts in 2011 as it belongs to same family of droning and dubbed-out releases gaining ground this year.