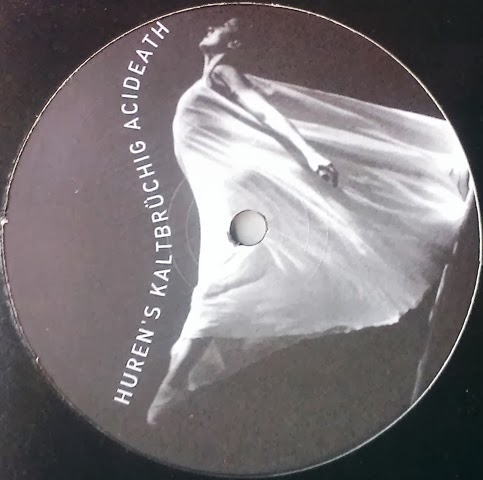 When interviewed by the Tea And Techno blog, Zhark Recordings co-founder Kareem reflected upon the twists and turns of the label, saying the seventh release opened an entirely new direction. “After Zhark07 people started shaking their heads”, because the EP’s sound did not follow the label’s minimalistic Detroit approach.

The culprit for this dramatic move was Canadian Dave Foster who had first garnered attention with the project Teste on Plus 8. Later, as part of the duo Perceptrons, he focused on acid releases before launching his  Huren moniker in 1998, dropping “Istropolitana EP” on Qube and debuting on Zhark with notorious “Huren’s Kaltbrüchig Acideath”.

Kaltbrüchig might be a broken version of German word kaltblütig (cold-blooded) and acideath is just an obvious companion in this feast of harsh industrial techno. After dub-leaning opening it gets all serious with hammering bass and trashy distortion. The B1 track is especially mean, with moaning of cursed souls exposed to the giant grinding wheels and acid drops while B2 keeps it as invasive and gloomy as it can be. No wonder it was a shock.