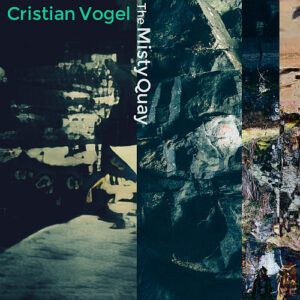 Speaking of an academic in electronic music, with Cristian Vogel we have a real one. Not only because of his impressive and long-lasting career as composer, sound innovator and DJ, with plenty of evidence about lifelong learning as an artist. On top of that, in 1995 Vogel graduated from the University of Sussex with a degree in the 2oth century music, which definitely hasn’t done any harm to his talent and sound-writing skills.

The producer, born in Santiago de Chile and raised in the UK since the age of two, boasts an immense merit list: starting with early releases on Magnetic North and Mosquito, joining Tresor’s roster with fellow techno funksters Tobias Schmidt, Neil Landstrumm and Si Begg, then working with Jamie Lidell in the Super_Collider project and later moving to abstracter sounds, a label like Sub Rosa being a clear proof for it – that all is only a fraction of Vogel’s curriculum.

Because of his rather eccentric take on dance music, Vogel has never made an impression of an aspiring superstar producer and he seems to put more value on alternative mind-set and underground spirit. However, during the last decade, Vogel has made a puzzled and even bitter impression in the interviews and social media statements when speaking about trends in today’s dance music, which are very different compared to the days back then.

But after a lengthy introduction, let’s look at the bright side with Vogel’s recent five-track digital release, following a trilogy of the NEL project before that. “The Misty Quay”, referring to a small café in Vogel’s current hometown Copenhagen, marks a return to his sound of early days. Mid-tempo takeoff happens with hooverish stabs and Vogel’s trademark stocky bass (“Understory”), followed by soft fabric caresses of flowing dub house (“Velvetini”) and pensive chords in the title track that are clearing the mind of any unnecessary ballast.

“Forever Cats” moves abruptly to the centre floor with sturdy dub-backed Detroit techno and “Fly Like A Lion” is a fantasy world tune about a harmonic coexistence of courage and sensibility. All in all, “The Misty Quay” represents fine, immersive sound science from a seasoned composer who still belongs to innovative minds in electronic music.