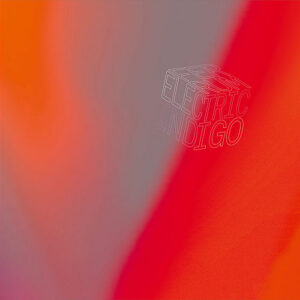 In the early 90’s, Electric Indigo was as a vital player in the techno scene between Vienna and Munich and her acid and techno sets were integral part of the legendary Ultraschall club. Now in 2020, the sound of the Austrian-born musician travels in comparatively different paths, which actually is not surprising after her experimental sound research for Imbalance Computer Music a few years ago.

In her album for Mego, Electric Indigo turns an eye to material engineering, being inspired by durable compounds when she presents eight cast iron purges on the theme “Ferrum”. Dwelling in the inner depths of metal tank’s hollowness and humidity, twelve minutes of “Ferrum 1_2” are providing shelter from apocalyptic noise concussions from the outside, finding gradually peace after oppressive moments.

After a bath in dark abstractions of the number three, “Ferrum 4” is among very best techno tracks in 2020, hitting with tinny drums close to DJ Boris and referring to the artist’s skills as a peak-hour supplier. The door to the floor is abruptly closed when the next cuts are dragged to experimental corners of noise and drone, occasionally visited by rhythmic convulsions. After leftfield timbre symphony (“Ferrum 7”), the album dissolves in the haze of chimes and drones.