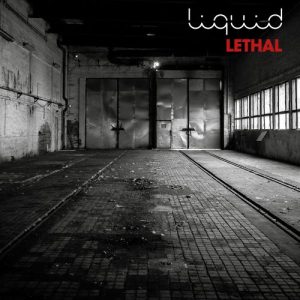 Current nostalgia wave is not limited to numerous reissues and wide usage of decades-old sound templates. It also means that simultaneously several well-known names from the past are around. Among them, with a new album “Lethal” on Kniteforce, is Liquid – known from early 1990’s superhits “Liquid Is Liquid” and “Sweet Harmony”. Written by the project’s co-founder Eamon Downes, the LP is packed with breakbeats and tropical dubs, targeting both the rave crowd between the age of 15 and 65, as well as wider audience at catwalks and in beach lounges.

The leisurely opener “Wrong Sun” is harboured in the Caribbean reggae camp, possessing the biggest potential for hourly rotation on hit FM stations. The same can be said about bass-powered ballad “Blood Like Dope” sung by Niki Mak, which underscores the major role of vocalists in the album. In the breakbeat and acid dash “Battle For The Minds”, Public Enemy samples are doing the vocal part and lovers are holding hands in “Kill For You”, getting melancholic thrills the same way as their parents did from FSOL’s “Papua New Guinea”. “Dread Inna Babylon” with Echo Ranks reunites dancehall and jungle and “Machinic Repetition” is a strong contender for peak hours. Old-school UK hardcore is present on several occasions (“Morphine”, “Lethal Beats”, Plasticity”) and among the toughest is big beat blast “Funk Removal Machine”, passing in style the hardometer test.

Being satisfied with Liquid’s newest creation, to me it does not sound as lethal as the title would suggest. Speaking of lethality, this was the case on Liquid’s fierce EP for the French imprint Tripalium Corp a few years ago. Raw and noisy sound from rave caves would know what did you do in the summer of 1991.