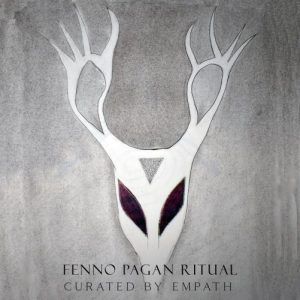 “Fenno Pagan Ritual” affirms Finland’s prominent position in the per capita ranking of electronic artists. The digital compilation, curated by Empath and released in trans-European collaboration by the Underdub Records from Portugal, cuts across many genres of electronic music and serves different moods with many quality tracks.

For floor conquest, the choices are Kitkatone’s robust and pacy techno (“Missä on JJ”) or Orion‘s throbbing tech-funk (“Remnants”), along with very exciting 16 minutes of tripping modulations (“Forget Time, Just Being”) by Sea Vibrasson, better known as Teersom. Further efficient tools for techno DJs are delivered by [pyramidi], drS and Ülos Ovest.

In “Käärmetuli” (“Snake Fire”), the curator Empath gets the closest to a pagan ritual, in industrial surroundings with shamanic humming and wild offbeats. Acidic lizard swing with chopped vocals can be enjoyed in “Other Self” by 53X. The atmospheric side is provided with Joonas Aleksi‘s (“Huhti”) airborne stabs and Kenji Saito‘s tunneling dash “The Saga”, while Kalista breaks through to the Oriental side with a steadfast stepper “Yuanying”. Represented are also ambient drone (“Tuuli” by Luu), oxygen-rich electro (“Excommunication” from ODJ Pirkka), along with Halvtrak‘s dark breaks (“Condemn Me”) and tongue-in-cheek bass distortions (“Turpiin” of TM Shuffle & Kalle M).