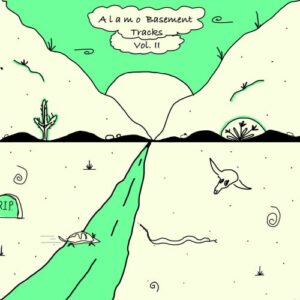 Texas is an electronic music superpower, that’s the message of the newest compilation on Gavin Guthrie‘s label that unites artists across the US state. ‘Underground’ is not a catchphrase, as the 14-track digital selection really reflects the raw and engaging sound curated by Texas Recordings Underground.

Marcos Cabral, opening the comp with aesthetics of distorted sound, and Bill Converse, with smoothly jacking “Laugh Track DX”, may be the most famous names. Respectively, a few cards in the pack are just in the beginning of their musical career, but from whatever end you look, it’s quality all over the compilation.

Greetings from the rougher side are sent by Sweat & Noise track “Bump From A Stranger”, where toothed synth effects launch acid techno attack. Caustic mayhem “Sovereign Advisors”, D’Angelis Dixon plays in the league of labels like Bunker and Pulsar, pushing the boundaries with distorted drums and fierce acid. Relying on rave riffs, CHGG (“BassX”) continues the riot of machines along with Miguel Flaco, while Mt. Borracho and ILL76 stand for swirling party fare.

Dylan Cameron‘s melancholic yet powerful dub-backed prog techno “Sapinero Basin” prepares the rollout of its acidic cousin “Total Control” by Pro Ghost, before vocoder-aided atmospherics by Riversiders and mind-therapy synths by Gik signal the arrival of a relaxed phase. At the end we meet in the sunset bar, being welcomed by deep vocal tunes from Barbara’s Calling and Tones, both wearing the flair of pioneering house.