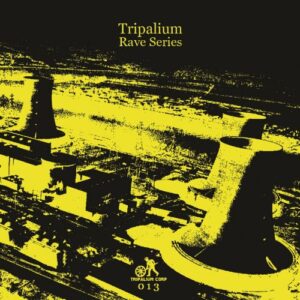 If the name Olivier Abbeloos doesn’t ring any bell, T99 and Quadrophonia certainly do. Especially if you remember the emergence of European techno many decades ago, when Abbeloos co-produced party bombs “Anasthasia” and “Quadrophonia”, respectively. With the fellow producer and promoter Analog Devices, the two seasoned players are full of energy to stun a new generation. As both were close witnesses of the early nineties, they are eligible for using rave templates, which range from continental to UK hardcore stabs.

Stocky bass drum and polka vocals let out “Baghwa”, which after an annihilating drop, slings into freaky acid-dripping industrial that would gain respect among fans of Persephonic Sirens. Fast and furious “The Cosmic Revolution” is furnished with rave alarms and dancehall shouts, the ‘cosmic’ bass line docking to “Thunderstruck” intro. “Acid Monks” open the door to scorching synth cavalcade with Oriental trance strings, and frothing acid house that reminds of Baby Ford’s “Children Of The Revolution”. The night of the living bass resumes in “Hold Me You Bastard !”, a junglist break at the mid-track inviting to mount a Love Parade truck, before the caustic sequences regain control. Tripalium Rave Series is starting the year with a bang.