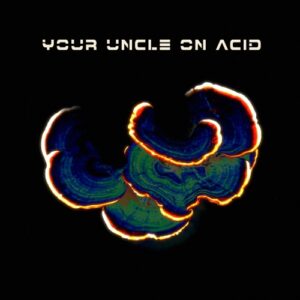 Deployment Strategies is a label from Portugal, with about thirty digital releases on Bandcamp. Now its founder Vitor Sousa aka YUOA comes with the album “Your Uncle On Acid” that eyes the dance floor. After cinematic intro tones, “Raindrop Forty-Three” embarks on a solid dub techno mission that isn’t entirely abandoned in many tracks either. Briskier “Graycloud Five” is squeezed between metallic thuds and “Numbers” related cheerful riffs, while grey drizzle limits the visibility in “Raindrop Forty-Five”. More fun is on offer in “Sunmaster Fourteen”, which is a fruit of love between bass kick and floral leads. After wobbly sequences of dub induced “Skystrip Two”, “Mycelium Seventy-Two” sails into darker waters, where finally a dose of acid is handed out to the uncle.

Of the label’s recent works, another tip is the experimental and ambient album “Hiss, Drone and Rumble” by Aural & Builder Of Chains, which is a compelling mixture of eerie sounds.