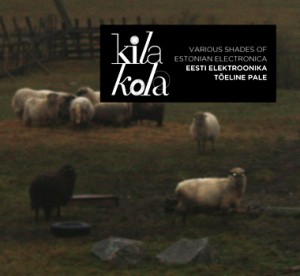 Estonia, land of music. Modern composer Arvo Pärt was born here, in a small town called Paide, and every five years a monumental Song Festival gathers 30,000 performers and 150,000 paying spectators for a celebration of music – in a country with less than 1.4 million people.
First house and techno producers, spiritual disciples of Soviet-age deep electronica composer Sven Grünberg, emerged 20 years ago and since that the vibrant scene has created several impressive tracks, not to speak about great parties across the years.
The newest compilation by Umblu Records showcases the talents of today. The sheep on the cover do not mean it’s close to the KLF’s legendary “Chill Out” as it has various but club-oriented tracks on it.
It starts with dreamy and even melancholic sounds: “Lovecool (LDB Rmx)” by Uncandy has a fragile female voice and airy synths and Bisweed‘s “The Underwater Trip” is floating composition with relaxed strings. “Little Rene” by S.I.N. plays with breakbeats. The next one, Prospecta‘s “The Creation of the World”, is like from a New Age crate with lounge-feel and exotic voices, remains somewhat bleak. Kali Briis and “Beibe Beibe” turns up the tempo to give us twisted disco with smooth basses, and morphs surprisingly into another, vocal-sampled house track – no mastering mishap?
Then two en-vogue tracks from the better end of the compilation: “All Night Long” by Raadž is a grimey track that pushes energetically along and flashes subs, a bit Rekids-like stuff. Bakey Ustl and “I Call You Fat” is a urban-feel heavy bass-driven track.
Andrevski, Tallinn’s club hero for years, shows his production skills in “Tarzan Call” with backspins, analog keys and Detroit-ish moderate-paced rhythms. L-OW‘s “What Would We Do” is a smooth bass-backed track in a merry company of dancing and singing people.
Espirit & STM‘s “Franctic Fruit” come with a beautiful and well-paced composition of electronica, one of the best of this release, having a nice housey transformation in the middle to return to inital rhythm patterns towards the end. Kreck starts with pipe in “Mictlantecuhtli” to proceed with metallic downtempo excursion and subs. “Sea Grip (Ajukaja edit)” by Qba is shuffling and beeping march music, dry and wonky, that spins around one groove and reminds of Speedy J’s “Pullover”.
Then Djerro and “Keelatud sõprus” – we can say and now for something completely different. Erkki Tero gives us freaky and FX-ed Estonian vocals, about a forbidden man-woman friendship, that succumb into a nervous and noisy disco funk – far too short track!
Umblu Records boss Raul Saaremets, a don of the Estonian scene, performs as Ajukaja “Jamaicawerk”, analog sounding Tallinn house with synth layers and Caribbean shouts.
And last but not least: “Lost is Speiss” by Vaiko Eplik who, while flirting a bit with electronica, sends space rock greetings, another highlight of the compilation.
A good and well-balanced compilation of club-oriented tracks that, though,  follow often recent sound trends and could have a bit more of innovation, but still offer a few pieces to remember.
Sounds>
2010-04-30
Previous Post: DJ Jus-Ed vs. DJ Qu – Real House Music… (Underground Quality 027) – 8/10
Next Post: Lucy & Ercolino – Remixes (Stroboscopic Artefacts 004) – 9/10