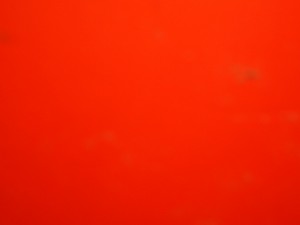 After spotting red-black posters in Tallinn, announcing Dave Clarke’s gig in the club Korter on 19 November, it’s time to recollect some impressions and emotions related to the guy.
In recent years I’ve lost somehow interest in his doings, but it was ACV’s “Alternative Current” compilation where I heard D.C. first time, contributing with raw and pounding “Winter” and “Autumn”. And in November 1994 he played in the club Berlin in Helsinki, at a warm-up party for the event Weekender next day. It was a devastating experience – a rather tiny and dark room flooded with hard acid techno and by far too many decibels, with a cute girl dancing on the table, sweat dropping from the ceiling. It took some hours before my liver and guts settled to places they were supposed to be.
Speaking about his music, Clarke’s trilogy “Red” and album “Archive One” were landmarks of techno. Yesterday, after a longer break, I put the needle on the LP and was happy to rediscover the sounds that have meant so much. Very diverse tracks: Starting with almost symphonic “Rhapsody in Red”, then his trademark backspins in “Protective Custody” and “Wisdom To The Wise”. From the harder edge came “Storm” and really explosive “Thunder”. “No One’s Driving” is an hip-hop instrumental, one of my faves of this album, and concluding “Splendour” is just beautiful slow tripping with vocals of Laura-Jane. Definitely a classic release.
http://www.krtr.ee
http://www.daveclarke.com