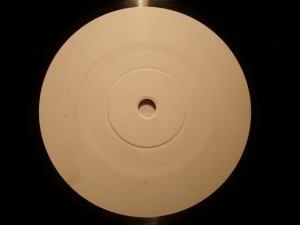 303 Nation, the name is the program. Acid from the brotherhood of notorious Planet Core Productions (PCP), a stronghold of hardcore techno in the beginning of 1990’s. Based in Frankfurt, it united a swarm of labels run by Thorsten Lambart and Marc Acardipane, the latter being the artistic engine using dozens of aliases.

But it was not one-man-show because Fernando Sanchez and Patrick Vuillaume were commissioned to spread etching bass lines to the world. Also behind the 100% Acidiferous project, they put out four releases in the “Strobe Jams” series for a PCP sublabel Dance Ecstasy 2001. From 1993 is the first instalment, expressing the harder and faster side of acid. 303 Nation’s trademark sound is heard in the opener “Lightning” while a real manic ride is expected in furious “Magic Fingers”. Hollow kick drum in “Voodoo Machine” is almost PCP hardcore. Caution Acid!