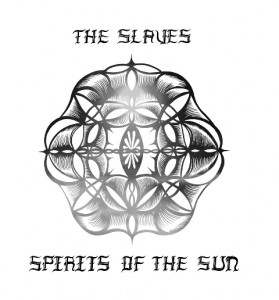 A new artist under the colorful musical umbrella of Digitalis Recordings and a spectacular touchdown by the duo from Portland, Oregon. Contrary to my expectations the release has a rather tranquilizing effect, meaning the descriptive tags attached by the label – drone, heavy noise or doom – should be handled with care. Digitalis is often pretty excited about musical extremities, like in this year’s longplayers by Decimus or Perispirit, but the The Slaves’ album is rather a distant relative of lush synth excursions by Panabrite or Ricardo Donoso.
The Spirits is positioned between white and black. Not the music from dark and humid cellars, but rather from a hidden cabin in the forest, where the streaks of sun are touching dusty spiderwebs. Four meditative synth-based drones with human murmurs, marked by supernatural beauty.