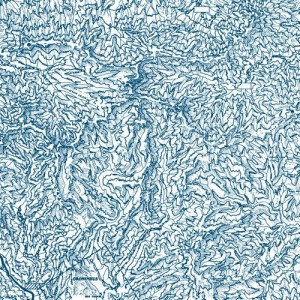 The Trilogy Tapes is wittingly engaged in cherry-picking of the young and promising – M GUN, Anthony Naples, Tuff Sherm, to mention only recent artists in the label’s catalog. Now it’s the turn of _moonraker, the act having debuted in the electronic scene in 2012 and made up of two artists from Philadelphia, Jason Carr and Kenneth_Lay, the latter having previously created fuss with V.Hold as Metasplice.
The _moonraker operators have been assigned a machine enslavement task, executing it with twisted synth loops and noise processing. Starting with the A1 track “Oronimbus”, which evolves from high treble levels to biting oscillations for dramatic tensions like in Godard’s movies, maybe because it has something common with “Canicule” by French act Nôze from 2003. Agile kick drum introduces “Plot Query” for chaotic electronics with rigorous beat impact while on the B-side ambient pads introduce “Cyan Lean” to a seagull symphony, tinted with fuzzy slo-mo percussion.
But all the previous has been a foreplay to “Tilt March” where sheer noise and tampered drums collide in an eleven-minute disaster theme with toxic dust rising from the Purgatory, similar to rude expressionism of Container and its consorts of blender techno. Now you all have been vaccinated.