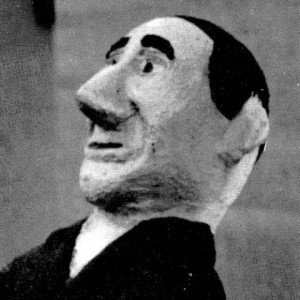 The EP with an animation bloke on the sleeve has been around for a while but still deserves a closer look. Eomac is a project by Ian McDonnell from Dublin, also one half of Lakker, and most recently acknowledged for a release on Berlin’s Killekill. Now the Eomac’s EP is a worthy addition to the catalog of The Trilogy Tapes, an innovative and exciting label from UK.

All starts with a bittersweet flashback of the era of pest control outfits and adolescent Prodigy and Altern 8, with rolling “Hither, Pappy” where a loudly yelling MC is hailed by cheering stadium crowds. Salves are loaded for more firepower in “Husk”, a magnetizing techno cut with whirring drone and synth noise, demanding and firm like a tax authority.

Phantom riders are sent to the “Tunnel” to probe the impenetrable wall of rusty hardcore riffs and evil screeches, all adding up to real scarface techno of eight minutes. “I Love You, I Miss You” is a conclusion well in place after such a ride. At first instance reminding of The KLF’s “Chill Out”, it’s ambient blues with phased choir voices and slight dubstep swing, tender and hazy like telling the Christmas is arriving early this year.

Eomac has produced a special item for the DJ bag and one of the best EPs in 2013. The release also participates in a charity action: Till 1 January 2014 Eomac donates anything earned from the Bandcamp page to the Red Cross Typhoon Haiyan Appeal to stand by the people in Philippines.