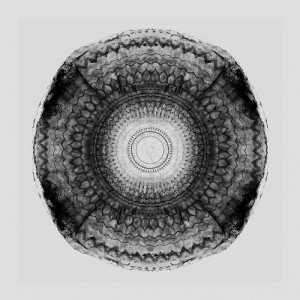 Drøp’s “Vasundhara EP”, the debut release of the Berlin-based Arboretum Records, laid the necessary groundwork for the label’s next outing, appealing four-tracker “Sycomore EP” by Mogano, which was released in April 2015.

Mogano is the moniker of the electronic musician and Arboretum co-founder Marco Berardi, whose artist name means ”mahogany” and refers both to ‘the percussive and string infused nature of his music’, as the label says.

After Drøp’s rather darkish ambient abstractions, Mogano seeks a more relaxing environment if to judge by the A-side. Meditative opening “Retama” is purified electronic folk in a time-lapse mode, where elegiac strings and horns lend an exotic and even New Age flair to the track, sounding like from the Erdenklang stable. Then my favourite “Annunaki”, a clearly Middle East inspired track where percussion gradually loses its initial shyness and takes a more central role in flourishing array of string-based melodies.

The B-side is launched with bone-dry drum patterns by Samuel Kerridge, lending a robotic vocal sample to his gloomy remix of “Annunaki”. “Sycomore” is a more hectic affair, built on writhing rhythm movements and floods of sombre atmospheric layers, while the digital bonus “Dukkah” comes from the noisier side, dipping into little distortions over brazen rhythms.

When purchasing, I chose a limited run of 50 pieces, which came with hand-printed-numbered photo by Luca Caciagli. It is good to know that every vinyl comes with a Bandcamp download code, a friendly gesture by the label.