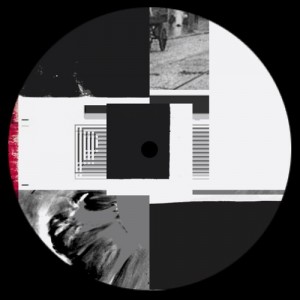 Bremen’s ZCKR Records is fixated on the home turf with another set of urban impressions from the German port town. After a compilation and a single dedicated to the Grey City theme, it’s the turn of the label boss Sebastian Reuschel aka Sting Inge to produce an experimental score, for Bremen by night.

The A-side’s aptly titled “The Sewer (Part I + II)” is a multi-phase track that firstly descends to the filthy depths of underground utilities. The plot is about grueling slow-hop pulled by metronomic chug and cogwheel friction, like a blurred take on T++ or Hidden Hawaii. The track’s second phase, after a hardly audible hiss section, is a pounding and shredded invitation to dance and the B-side’s distorted “Idiot 2002” goes ahead in the similar manner.

After angst-laden offbeat dissonances (“Exhausted”), the highlight arrives with “Abstract Pictures II”, a short but intense effort introduced with strange moaning from the underworld and living its breakbeat- ish and provoking life amidst shrill interferences.