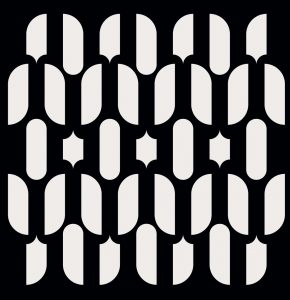 Dating back to the early 1990’s, Planetary Assault Systems has been Luke Slater‘s project for functional tracks ever since. In “The Light Years Reworks” acclaimed techno troopers are overhauling several P.A.S. goodies from the past, the seminal “Planetary Funk” that appeared on Peacefrog from 1993 to 1999 being a central source for remix interventions.

The triple pack released on Slater’s own Mote-Evolver imprint is far from being just another rehash of old school era. Slater himself comes up with three live edit or reworks of which “Surface Noise”, the original being vintage of 1996, is hardly leaving anybody unharmed. Tense, steadfast 10-minute tunnel dash turns even more monumental when Lucy brings forth a pumping beast with nasty burglar alarm perforating the eardrums.

Reflecting Detroit techno’s DNA, Octave One‘s rework of “Booster” is surprisingly ‘heavy’ and KSP‘s (Kamikaze Space Programme) boasts with a rasping half-stepper version of “Function 6”. For insignificantly mellower moments, Marcel Fengler‘s opening rework of “Twelve” can be chosen, but in turn Psyk is glued to a bass stack with an interpretation that reminds of Ian Pooley’s “Celtic Cross”. For “Diesel Drudge”, Function rolls out classic techno with greetings from Basic Channel dubs. Slam‘s version of “Temporary Suspension” and Steve Bicknell‘s “Raid” are destined for a big room takeover, as well as P.A.S. live rework of “Whistle Viper” being among the créme of repetitive slammers. Not all killers but none of them a filler either. Ace stuff that will be soon in my collection.

P.S.: In a way, the release indirectly relates to Peacefrog’s 25th birthday, which was actually last year and for the start has led to some represses of classic US deep house from Theo Parrish, Moodymann and Paul Johnson.