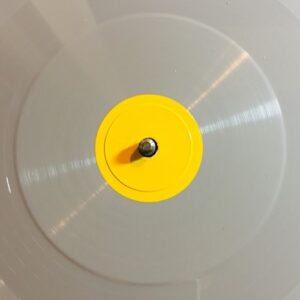 Some sort of mystery came with “Fouke Le Witz Waryn EP“, a six-tracker released in 2011 by Crow Castle Cuts. The label itself was named after an ancient ruin of a fort in Llangollen, located in the valley of Glyn Ceriog, North Wales. On top of that, a crow feather was hidden in the sleeve, all that lending to the EP a flair of medieval occultism, clad in modern club electronics.

About eight years have passed and the small outlet from Wales has expanded the catalogue by several releases, the latest being a mini compilation again, limited to 222 pieces. No crow feather in the sleeve this time, but it’s the label’s another decent appearance, uniting sunny-side house and rougher beats.

Sun lotion is recommended when in the opener tape_hiss is sending picnic postcards from butterfly garden (“Fade”) and No Moon’s colourful chord play “Last Track @64” advances in laid back electro mood. The flip turns bouncy when RVDS’s  “Strings Of Black” is remixed on three occasions by Luv Jam. Pneumatic bass blast with crunchy acid splinters, credited as “Black Moon ReNip”, is the winner, followed by a beatless 303 study and experiments with low-power batteries. For the end we get a dose of caustic flamenco (“Turtle Real”) as an original creation by RVDS.