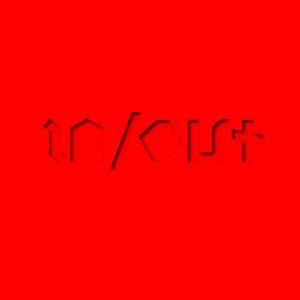 After connecting dots on the global techno map – from Amsterdam via Tbilisi to Buenos Aires – , in a series of mini compilations, Reclaim Your City presents the label’s first solo release. Out on a bail after their debut EP on Mord, in their second record the Berlin duo consisting of Janice and Luis Flores are merging crime scene techno with industrial funk.

After opening tones of the churning and slicing original “Blood In Blood Out”, I thought about Orphx, and indeed, the remix duties are subsequently handed over to the Canadian hardware experts for a stunning acid-soaked bomb. On the flip, “Insomnia” promises sleepless nights exposed to drilling stabs and murky vocals from a darkside figure. Another renowned belter master JK Flesh enters the distortion zone in his remix and amplifies the sensations of “Insomnia” with nasty breakbeats. A good tip for the fans of Adam X, O/H and other industrial techno acts.

Even when Morocco has not been an uncharted territory in electronic music, the real breakthrough of Casa Voyager label put the spotlight on the country’s techno and electro scene. Obviously, there’s a potential in expats as well, if to judge by the debut release from Tarik Labrighli. Originally from Fès, the Moroccon has resided in Tallinn, Estonia for a while and has now extended his artistic range from photography to music. For the debut, Labrighli has teamed up with Mürk, an in-house label of the collective behind techno’s (re)emergence in Estonia.

The digital EP opens with so common ambient intro for a walk in taxidermist’s alley and challenges the floor with ethereal “Blanc” and “Blue”, the title track being an over-performer with mind-boosting patterns. After welcoming the peak hour monotony with screechy tool “Evidence”, twilight arrives to the scene with caustic “Departure 5”. In the future, sounds and samples from the artist’s Maghrebian home would be very welcome, to reduce to influence of Euro techno templates. 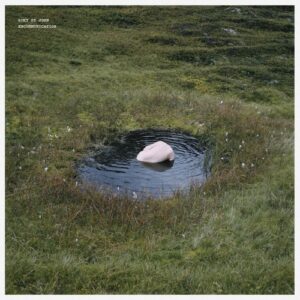 Rory St John’s  debut on Voitax was plain industrial fare but the second outing is seeking different angle, also for the label previously known for rough techno cuts. In the opener “Castle” the artist is making friends with dub techno with a touch of Syncom Data vibes, while “Commune” is squeezed between broken rhythms and radioplay atmosphere from the Rundfunk 1980s archives.

The B-side catapults us to the after-midnight hours when intrusive grinder “Chapel” goes airborne with an upgrade of Surgeon’s classic sound architecture, before semi-electroid scramble “Dream Sequence” ends the session. 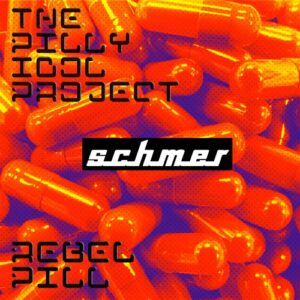 Shortlisted for the imaginary Hardcore of the Year award is the newest artist on Serotonin’s Schmer offshoot, Pilly Idol. The alias is introduced by Joe Black from London who has produced under the Nexus 23 name for electro powerhouse Bass Agenda.  The magic of numbers is transmitted also to the digital four-tracker, which will excite the crusty generation and Network23/Spiral Tribe fans.

Scratching the 160 BPM rate, “Generation K” is ripping up safety belts and amidst the chaos, “Black Wedding” acts like a malfunctioning matrix printer on speed. The hazards of swallowing “Rebel Pill” are obvious and the doomsday is proclaimed by ultra-fast “Jonny Blotter”, which would leave gabberists puzzled in a settling dust. Just imagine what would have happened if Billy Idol had joined tekno vagabonds in the early 1990s …