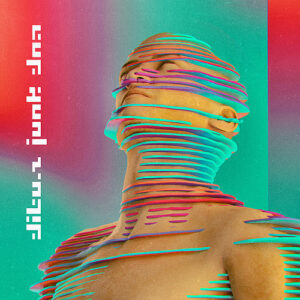 “Junk DNA” is the first album of Dibu-Z, published on the acclaimed electro label Dominance Electricity where the German producer had previously appeared on a compilation. Quite surprisingly, the artist debuted already in early 2000’s when he was connected to the tiny label Klangnet.

The best tracks are placed at both ends of the album. The ambient opener, unexpectedly called “Where It All Ends”, is covered with lunar dust and conveys the mood of an interstellar mission. For the end, we get a proclamation about the times ahead in “The Future In Your Eyes”, a burgeoning synth study for dreamers. Besides that, the artist relies on regular continental electro with a pinch of acid (“Breakaway Civilisation”) and Herbie Hancock’s funk (“Metamaterial”), mixing it up with naughty mechanical jab (“Gnarly”) and robotic tremors (“Signal”).

The label’s next album was published just before Christmas of 2019: old school electro pack “Are Friends Electro?” is written by Phil Klein aka Bass Junkie and Matt Whitehead, with special support from The Egyptian Lover. The best tracks are “Celestial Mechanics” and acid infected “Splang!”.