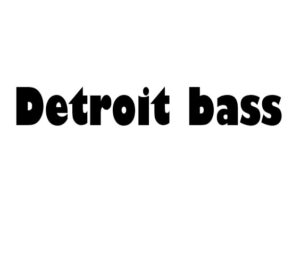 For several months, the Terminal 313 blog has been in a slumbering mode and it means that a lot of new releases and upcoming promos have piled up both in my shelf and inbox. Though keeping the blog running and myself motivated is often a challenge, at a slower pace I would like to go ahead. While trying to make up some time lost, I’m now examining some Detroit electro and bass releases that have come out starting from … ahem … autumn 2020. Still, great music is aging well.

When a few years ago Keith Tucker launched an offshoot for Direct Beat’s classics, the news was met with excitement by punters all over the globe, who have been aware of the special status of the Detroit label. Direct Beat Classics answered the calls for the early repertoire, but even more importantly it gave a push to new artistic initiatives. For example, Aux 88, Tucker’s project with Tony Hamilton, released the full length “Counterparts” early 2020 and in overall said Detroit electro operatives had a fruitful year under different guises.

They also took Puzzlebox Records out of the retirement with new material from Aux 88, K1 and, the last but not the least, from rarely used alias Alien FM. A bass heavy session opens with “Monochromatic Images”, to deliver sketches from an interplanetary research lab, while both the original and minimal vocal mix of “Record Man” are driven by multi-voice narrative of forceful souls. Similar qualities shows “Out There”, topped by K-1’s remix capable to challenge a magnetic storm.

Puzzlebox has announced already a lot for 2021 too: “Star Gazing EP”, a K-1 collab with Dopplereffekt, and Tucker joining forces with Strand with his reanimated Optic Nerve project, which in addition just released a new impressive album on Axis Records.

One needs to be quick when writing about new music by Detroit’s Filthiest, as the the Motor City artist Julian Shamou is putting out music with speed of light. His drive and energy reminds of “Hydraulic Style” on much-revealing Booty Bar Records, which was my first record by DJ Nasty, when the artist was called like this back then. Initially I wanted to cover from my collection “Future Is History” on Curtis Electronix, where fierce Middle Eastern jit “Outer Space” was a standout track. But soon Detroit’s Filthiest’s busy schedule took me to a new four-tracker on Bass Agenda Recordings. This label is kindly supplying me with promos and not for the first time I also headed to their Bandcamp site for a vinyl version, because of thSet featured imagee greatness of the EP and its artwork.

Ghost of Peter Cushing is lurking around in the seismic joint “Programmed To Kill”, prompting to technoid highway slam “Dark Shadows”, which nonchalantly ignores the speed limits, before dragged to the mental and physical twilight in “Critical Condition” with Max Headroom robotic vocals, before “Scared 2 Death” proclaims the end of the horror movie.

In recent news, Detroit’s Filthiest is showing his techno skills or making a nod to jazz funk and exotica, the latter on House Of Underground, an exciting new label from France.

Lamont Norwood aka DJ Di’jital is another artist who shaped the early days of Direct Beat in the 1990’s, and for the last ten years he has been actively releasing music again. The new EP on the Viennese label TRUST succeeds the first part of “Electrohop” from 2019 and DJ Di’jital reappears with another statement of the Detroit bass power. Heavy cargo arrives with “CrackWorld” and a rush of jittery beats launches “NWEO Saga”, episodically going to a ride with Lonny and Melvin. “Electro Dub” and “Doppler” fit well the EP’s overall robust and darkish stance, while a bouquet of swing in “Di’jital Loves Lucy” adds merrier notes.

There will be more news from TRUST, as the label will start XY recombination series where four artists are meeting four remixers. On the first EP, originals  by DJ Glow, Microthol, DJ Stingray and VC-118A will be reworked by /DL/MS/, Keith Tucker, The Exaltics and Privacy.

In the booty bass playlists of the 1990’s, Brian Jeffries aka DJ Godfather made frequent appearances, among others collaborating with aforementioned DJ Nasty. I’m not going for a comparative analysis whose lyrics were sleazier back in the days, but DJ Godfather would have been a strong contender with “Mr Big Dick” and similar statements. After a relatively quiet period, the artist from Detroit re-emerged last year with the energy laden digital album “Electro Beats For Freaks”, a bulk of 44 cuts like in old mixtapes. It felt like boarding a time machine, the majority of tracks being ferocious ghetto slam, with occasional glances to Detroit’s deeper side. For 2021, a run of vinyl EPs is expected with altered versions of the album material.

The EP’s title track “Keep My Name Out Your Mouth” features girl power by Lil Mz 313, a ghetto tech vocalist with attitude presiding over snappy beats. After swallowing sonic energy bar “King Of The Circle”, Detroit bass takes over in “Allow Me To Reintroduce Myself” and percolator-type bubbly beats are carrying three variations of “Certified Freak Hoe Featuring King Saadi”, the last two playing with BPM rate going up from 125 to 145 and then back.