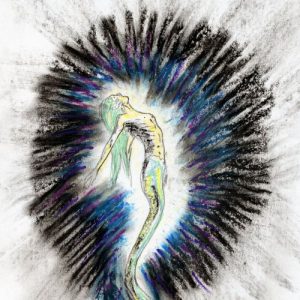 Here are Terminal 313’ snapshots of the previous month, expected to become a more or less regular section of the blog.

After much-awaited reissue of Ed Chamberlain’s 2013 EP, Semantica’s consistent delivery of great sounds continued with a tape from Air Protection Office, a new name spreading the wings on the label. An album with many nuances, including Age of Love and Jam & Spoon vibes, along with trippy droning and broken beats with a touch of world music.

The album combines Frank Rumpelt’s unreleased material with tracks from two Nagual compilations. The album asks for several listens to fully feel the affectionate embrace of all compositions. Occasionally with esoteric flair, in parts with spoken word, the release offers mind-bending journeys (“Synesthesia”, “Far Zenith”), ambient trip hop (“Finding My Soul”) and as the highlight, precious sonic stimulant “Equanimity Due To Insight”.

A single to mark 40 years of “Computerwelt” …

Two good news from German music press. First, after the demise of Groove, De-Bug and Intro, printed music media has not totally disappeared there. Maybe the paper as medium doesn’t pay off, but Musikexpress is still around, published by the mighty Springer Verlag. Second, the magazine marks the 40th anniversary of Kraftwerk’s”Computerwelt” with a 7-inch of ‘Heimcomputer”, specially remastered and edited by Ralf Hütter. The single-side vinyl will be yellow, although the publisher could have been more playful if it had considered a flexi-disc-postcard – this is how the same track came out (unofficially) in Poland a while ago.

…and a massive box set 30 years of Tresor

The 2021 is the year of Tresor‘s 30th anniversary and pioneering label from Berlin announced an exquisite box of twelve 12-inches. It would set a fan back by €180, or €15 per a twelve, plus shipping, but the lineup is largely encompassing Who’s Who of techno, offering both new and classic tracks (for example “GameForm” from Joey Beltram). Like in the 25th anniversary festival, notable absentees are experimental minded artists from the UK, such as Cristian Vogel or Neil Landstrumm.

Plant43, champion of crystalline electro, announced the third vinyl on his self-titled label and as it often occurs with the artist, this is a buy-on-sight thing.

In my view, Brokntoys has recently preferring depressing mood, which is clearly left behind with the label debut of the German artist Interviews, especially with cheerful italo joint “Cosmic Shuffle”.

Two pieces of news by Persephonic Sirens, when Sharplines could go b2b with Terence Fixmer and Second Tension finds sinister beauty in “Metasiban”.

A compilation of acidic and jacking cuts on Super Rhythm Trax features a.o DMX Krew and Matt Whitehead, but as strong players are DJ Raf and Mike Ash.

Remastered “OM” by Sven Grünberg, Estonian pioneer of electronica, was reissued as gatefold green vinyl and CD, the latter one finding a place in my collection. A shipment from Lunar Disko brought two recent EPs on the Irish label: by always reliable Lerosa and last year’s italo tinged twelve by Diamond Dagger. Once a while I’m picking up vinyl from Bass Agenda, this time with Detroit’s Filthiest’s “Deliver Us From Evil” and various artists united on “Transhumanism 3” for darker energetic electro. When speaking of harmonic sounds, I found attractive “Cedars” by Field Works, where ambient meets Arabian and English poetry on the US label Temporary Residence Limited. And of course, abovementioned red repress of Ed Chamberlain’s “Untitled” was a must for me. On Bandcamp, I’ve spent some money on the catalogue Electric Music Foundation, a label set up by Freddie Fresh and Auto Kinetic in mid-1990’s.

Hoarding items in Discogs cart and gradually losing them is one of my hobbies, and after a quiet start of 2021 I finalized some purchases. A package arrived from Germany with a few releases from the 1990’s label 800trak and a copy of “The Dark Side Of The Moog IV” on Pete Namlook’s label Fax. Have to admit that for another time the vinyl grading on Discogs was not quite fair towards the buyer. Another addition was a geopolitically laden gabber record by Johnny Violent I’ve written previously in my blog.
I’ve also started a text-only feed of vintage records I’ve been buying, so please head over to this URL.

For the end, something completely different: Brooklyn folk rock group Evolfo will release in June their second album “Site Out Of Mind“, which makes me feel like in 1970, the year of my birth. Be prepared for an armada of psychedelic sounds, nesting in neighborhood garages, amidst the odors of flower power.