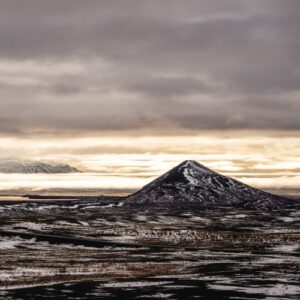 For a festive occasion – fifteen years of Affin – the label founder Joachim Spieth invited eight artists to create new versions of his archive tracks. For the beginning, Alva Noto follows minimalistic approach before more abundant textures appear in remixes by ASC (“Akasha”) and Bvdub (“Ultradian”), in sweet harmony driven forward by flowing sequences and bass pulses. The American Zach Frizzell, aka zakè, runs Zakè Drone Recordings, where the name says it all, and as expected, his reshape of “Jiwa” is exposed to a flock of drones.

Markus Guentner, who has been in the business for over two decades and designed the album, steers the wind gusts across a barren landscape (“Cahaya Bulan”). Next up is Simone Giudice who has released an album on Semantica, among other things, goes full steam ahead (“Hyle”) in the presence of gentle pads. Spanish artist called Warmth creates a similar but less intense sound in “Apas”, before the finale belongs to the Berlin resident Głós, his reshape of “P 680” being a droning requiem with vinyl noises . All in all, “Reshape” is a pleasing album, though being rather static at times, which tends to belong to the genre.