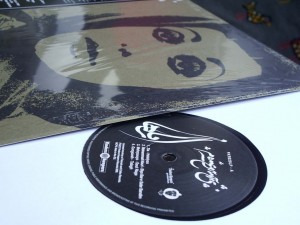 In Iran, the era of Mohammad Reza Pahlavi come to an end in 1979. In a word, with shah’s escape the party was literally over. Current compilation of the sixties and seventies Persian funk and pop by Finders Keepers, the label that has a nose for great tunes from dusty attics and murky cellars, tells what kind of party it was.

On this release you should not expect the world’s wickedest psychedelic trips and space disco. Pop and moods music with exotic aura combined with Western prototypes are dominating here, although some better tunes move in more mysterious paths.

The ladies belong to the winners: Strong vocal track by Parva in „Mosem-e Gol“ reminds of Cheikha Rimitti, the Queen of Rai. Swe 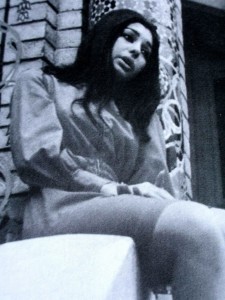 et Googoosh (picture) makes an impressive appearance with three tunes: „Talagh“, „Bemoun Ta Benouam“ and „Gol Bi Goldoon“. The first of them excels in addition to the vocal part with a mesmerizing bass; the third one is a nonchalant piece.

The curators of this compilation have done great job and brought to us the era where Tehran might have been as cool and hip as London or Paris – if not to say more. Credits to the great artwork and comprehensive info sheet.