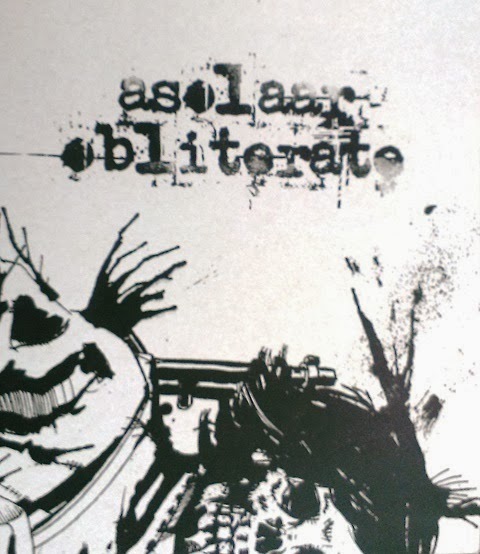 Asolaar dwells in the electronic music’s gloomiest corners and “Obliterate” sounds like terminal illness. Starting with corrupted hum, “Anxiety Disintegrated” impairs the orientation in time and space when scourged by aggressive pulses, followed by outlandish murmurs in “Piloto Muerto_a”. Anarchist noise continues in “Piedra de Renos” and “Telsen” while the title track’s groaning souls from the underworld are crushed by distortion and mean bass, reminding of Pan Sonic’s hydraulics. Noise and doom grade remains high in the last tracks “La Gloria de Tlitlizen” and “Piloto Muerto_b”.

Behind Asolaar is Darío Pinto from Argentina, his musical roots in the 1990s industrial metal groups Prozac and Audio Das Poly. “Obliterate” is not an occasional piece because Asolaar has run for several years Argentinian netlabel Sincro, which has been a publishing platform for a number of his digital EPs. His seven tracks of paralyzing drone terror are out on the German label Metaphysik as an edition of 300 copies either in white or in grey jacket.