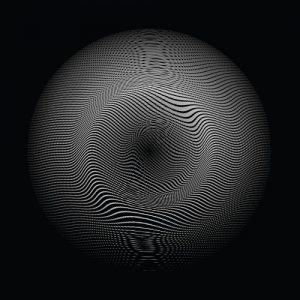 Classic techno from ‘a veteran’ in top form

The nineties caught up with us once again, this time in the person of Steffan Robbers aka Terrace. Already more than 25 years ago he was a regular in the Djax-Up-Beats roster and later brought to us many immortal tracks on Eevo Lute, a label he was co-managing with Wladimir M. Less active in recent years, Terrace now appears with the new material on the Belgian record label De: tuned that is committed to the nineties sound and where the artist from Eindhoven has previously contributed to the compilation “5 Years De:tuned” and to the remix package of L.A. Synthesis’ “Agraphobia”.

Inaugural tones of the serene Motor City “Funktroit” remind of Eduardo de la Calle’s magnificent “Quasi-Calligraphic” and as the EPs introduction, the track is as classic as it only can be – flowing pads on gentle, dub-painted rhythms have therapeutic qualities and make seasoned Detroit admirers feel young again.

“Expectations” comes with the courage of an insider who knows all the formulas of harmonious coexistence and after a meditative beginning, “For A While” stands for dub techno’s dreamy side of, even when slightly corrosive grooves lend a forceful push to the piece. At the end, while feeling the warmth of dub, the Dutchman calls the silver box into action in “Velocity”.

Clearly the term ‘veteran’ is not quite appropriate here, because we may still expect a lot from Robbers. As next, De:tuned will unearth archive tracks of Kirk Degiorgio’s Future/Past project, including a version of “Hyperspace” not heard before.