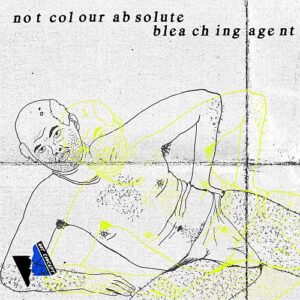 “To The Cosmos, Let’s Go!” was an adorable piece of fortified disco by Blacknecks, a short-lived super project of Tom Russell and Al Matthews. Half a decade later, many are still incessantly waiting for the duo’s return, which doesn’t mean that our heroes are idling about – Russell with his brother Ed has received kudos for the Overmono project and Matthews has now completed a new EP under the Bleaching Agent alias.

When trying to classify the release, it’s clearly a thrilling disco era derivate. The opener “Youngblood” with immersive bass line might work as a 2020 remake of Carpenter’s and Howarth’s “The Bank Robbery” and progressive notes can be found in the semi-vocal track “On Returning”.

The title of “Set You Going” tells everything and pulverises the last remaining drops of ignorance with entrancing Harthouse loops and Balearic riffs. Another Moroder-esque darling “Any World Where You Are” is the EP’s euphoric culmination for shouting out ‘we love you all’. Utterly positive and, if I may say so, catchy tunes from Leeds based electronic musician.