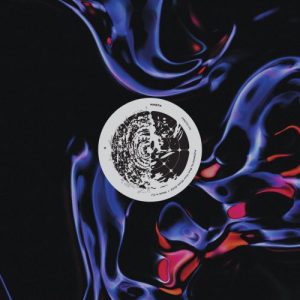 Amusingly energetic two volumes of “White Keys” were something to remember from 2020, with sweeping cuts like “Trouble In Tahiti” or “The Flying Dutchman”. These two EPs came from Alpha Tracks, a project of the Austrian artist Felix Benedikt, who now teams up with the Norwegian trance producer Filip Storsveen for a triptych. The first part offers plenty of guilty pleasure for techno folks, the opener “Aquila” being blatant proto-Goa with Blümchen-style pitched vocals. The BPM-meter is in unrestricted mode and piercing arps are doing the damage. Actually the track name recalls a revered Australian act from the mid-1990’s that recorded a few shots for the Aerial label.

Equally opulent “Serpens” keeps the pace up when sunbeams are caressing bare buns of globetrotting rave addicts on a sandy beach. In “Hydra”, intense keyboard work and chiming textures preserve uplifting experience, feeling strikingly vintage when MTV was still somehow underground. “Ursa Minor”, a track exclusive to vinyl and Bandcamp, starts with ambient float in a Balearic setting, then the bass drum steering the rhythmic part with esoteric flair and vox borrowed from by Sade.

Kineta is neo-trance with a quality seal, its drive dwarfing the effect of any energy drinks. Call me a part-time trance bunny, happy to be that with Kineta. Interestingly all three parts are released on different labels: Blue Hour, Morbid and UTE.REC, the latter two (co-)run by Benedikt and Storsveen respectively.